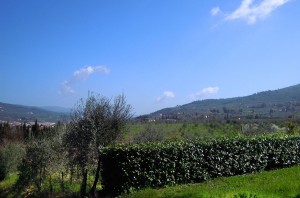 The starting point of this excursion is the car park in front of the Bagno a Ripoli post office, in Via Fratelli Orsi, where just a few steps away is also the modern church of the Pentecost, in front of which we find Via di Quarto.

Once we have covered the first meters of this path, we have already left behind the noise of the city, finding a dimension where the green of olive groves, forests and fields match with the white and ocher of the villas and farmhouses. Almost without realizing it, we have already entered in the “urbanized countryside” that makes the Florentine “country” unique and original.

After a short climb, we arrive in Quarto, a name that reminds us that if we were in Roman times, and we were going along a variant of the Cassia Vetus, we would be on the fourth mile from Florence. The town even today consists only of two medieval tower houses and the church of Santa Maria, documented from the thirteenth century but three hundred years prior according to some historians. The facade is very simple, with an elegant porch, but it is the location of the church that is extraordinary, overlooking the valley dell’Arno.1

To enjoy this landscape, but also the silence that is in tune with the harmony of this landscape, we can sit on the low wall in front of the church, or go down the stairs on the left and sit in the shade of the big pine tree, surrounded only by the light illuminating the green hills. A last look at the bell tower and we set off again, following the narrow road through the typical dry stone walls, which still protect the olive groves and the gardens of the Renaissance villas.

Even this ancient route has its tabernacle, which we come across in front of Villa del Taglia. Processions from Quarto would stop over here, and we can pause to imagine what the massive wooden doors protect: a Madonna with Child and Two Saints.

Interesting fact
In the past, the tabernacle was known as Madonna del Latte and also della Tosse (of the Cough), because it was believed that it could protect children suffering from “bad cough”. 2

We follow the road down on the left until we cross the bridge over the Rimaggio creek and continue along Via di Quarto until the intersection with Via Vernalese, graced by the tabernacle set in the dry stone wall and the abundant foliage of the “Cipressa” that gave the name to the district.

Before going into the open countryside, we cross Piazza de’Beni in the village of Rimaggio, known already in 1400 under the name of Cure (Treatments) di Rimaggio, because at that time it was an important center specializing in the treatment of raw linen canvases.

Interesting fact
The inhabitants, dedicated to the whitening and softening of rough linen cloths, were known as Curandai (bleachers). They performed this operation with lye, obtained by dissolving ashes in boiling water. From the mid-1800s the Curandai turned into launderers, to whom the urban bourgeoisie entrusted their linen. 3

We continue our excursion in via Vernalese, which winds through the farms cultivated by farmers who stay in the farmhouses. In the silence, we can detect human presence only by the sound of a distant tractor, or by the silhouette of a farmer in the middle of an olive grove.
But peering through the gates of the villas belonging to the owners of these lands, we can also get an idea of ​​how the rich Florentine merchants and bankers at the time of the Medici lived.

Since the fifteenth century the “noble house” began to be embellished with balconies, loggias and gardens perfectly integrated into the surrounding landscape, an expression of a harmonious relationship between man and nature. One wanted to take advantage of the amenities that the country offers: light, air, space, for the pleasure of the spirit and the regeneration of the senses.4  This is precisely what these excursions want to offer.

At the first intersection, we turn right, attracted by something unusual in this place, which is perhaps at odds with what has been said so far: a high red tower, from which the nineteenth century villa that until the sixteenth century was a “worker home” takes its name. We are in Via di Carduccio, the dirt road that, running alongside the Rimaggio creek, leads to the tiny hamlet of Rimaggino. Let’s sit on the wall of the picturesque bridge and allow ourselves to be transported by the flow of water to the time when 16 local people carried out on their laundering activities. Then we continue on the right, where, at the end of a short climb, we encounter one of the most beautiful tabernacles in the area, that of Rimaggino, dating from the fourteenth century.

So far, we walked about 2 km, another 400 meters and we will have arrived at the large square in front of Villa Bellavista: where we can admire the beautiful view over the plain of Florence, before leaving the villa facade behind and going down Via Vernalese. Once we return to the junction with Via del Carduccio, we continue to go down on the right to retrace our route in reverse to Santa Maria in Quarto. 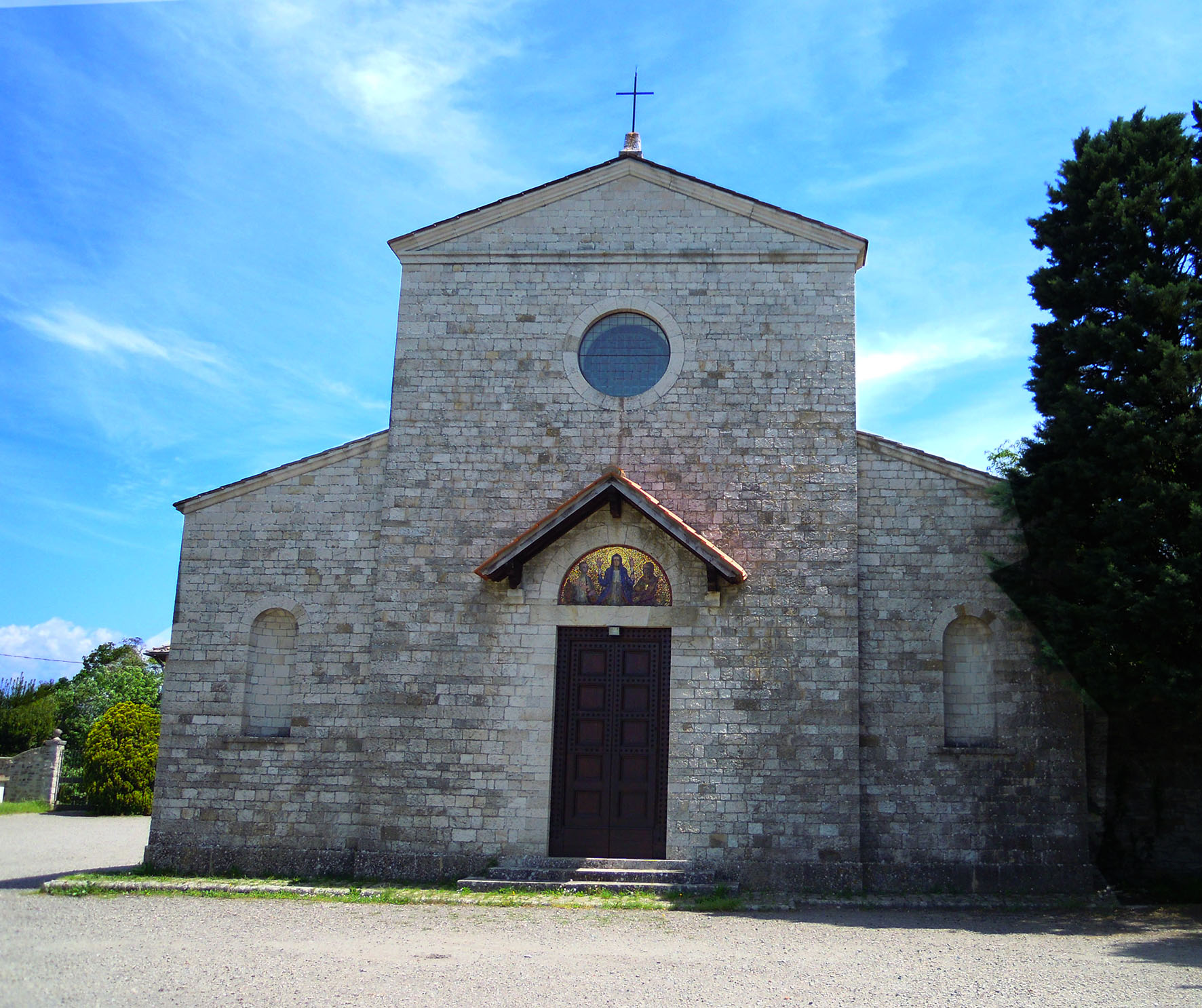 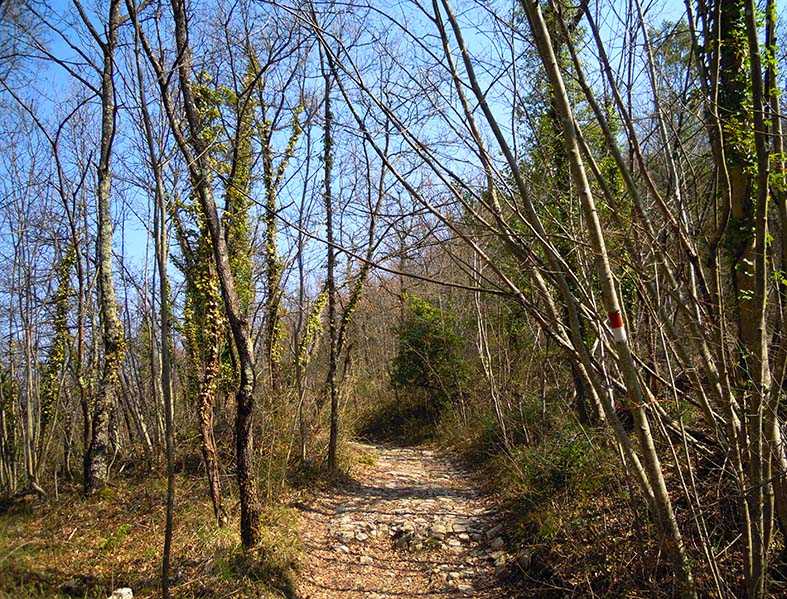 Excursion: from Via di Terzano to Santa Lucia in Terzano